Naming conventions for the 19th and 20th centuries often did not include the first names of French women in publications, but instead they were identified by their titles, Mademoiselle (Mlle) and Madame (Mme). Note the changes in Pfulb-Kastner’s name from Volume 1 to Volume 2. These naming conventions, along with the cultural taboo of women working during this time, make researching early women in science a challenge. Pfulb-Kastner is no exception, and so far, I have only found mention of her in bibliographies of the works mentioned above. For example, this entry is from Bibliographisches Bulletin der Schweizerischen Landes-Bibliothek, Volume 8 (1908).

Google Books is a great resource for full text searching of out-of-copyright works that they have digitized. Another search under her married name came up with her listed as a member of the National Horticulture Society of France as of January 1, 1909.

Based on the key, she is listed as an “Officier d’Académie” and a “dessinateur-lithographie pour la botanique”, which is roughly translated as an Academy Officer and botanical lithographer. 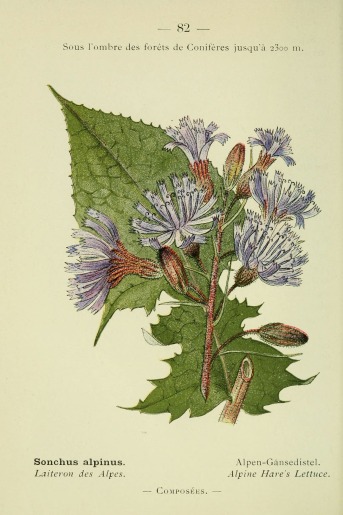